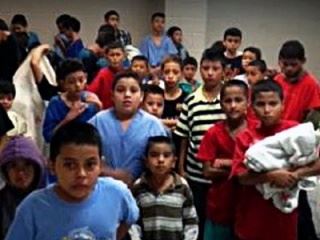 The Memphis Flyer published Attorney Bryce Ashby’sarticle titled “The USA: Detention Nation,” about the increasing number of refugees fleeing from the humanitarian crisis in Central America. This migratory crisis, stemming from the demoralizing poverty, widespread violence, and ineffective policy, further evidence the need for immigration reform.

“This crisis did not materialize overnight, as suggested in the mainstream U.S. media, nor is it an indictment of President Obama's immigration policy; a feckless, unfocused Congress has refused to even consider the moderate immigration reform passed by the Senate last summer and supported by Obama.”

“No, this crisis is decades in the making, and until the U.S. adopts mature, reasonable immigration reform and sensible partnerships within Central America, we'll continue to cycle through these crises.”

“Our wars, our trade policies, and now our inability to lead on immigration reform, combined with low levels of enlightened leadership in Central America are the true causes of the current humanitarian/refugee crisis in our region. We could help by passing a clear national reform to our outdated immigration laws, but Congress won't act.”

(Excerpts and photo via The Memphis Flyer)

Ashby has worked extensively with Memphis's Latino and immigrant communities, and he currently sits on the board of Latino Memphis. Ashby concentrates his law practice in the areas of employment law, personal injury, workers' compensation and immigration law, with an emphasis on representing Spanish-speaking clients.